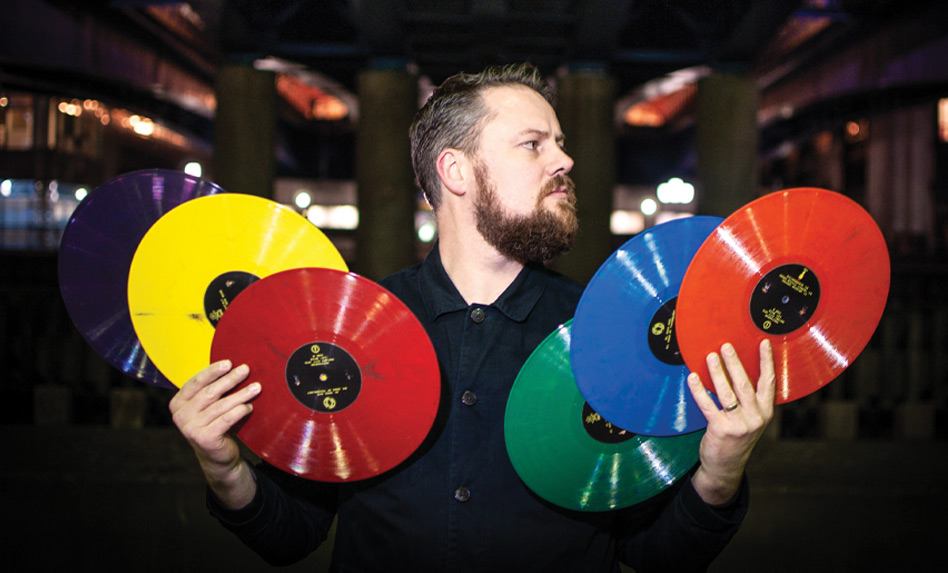 We're still deep in the midst of a resurgence in vinyl culture. Vinyl sales continue to rise year on year, up 12% in 2018, and vinyl-only sets in hotspots such as Ibiza remain a serious draw. Even Tomorrowland has featured vinyl-only stages in recent years, led by long-time record lover Sven Väth. In more underground circles, vinyl is central to popular “selector” festivals, and the culture that has sprung up around them, giving the medium and those who play it an aura of cool topped by little else in dance music.

Vinyl-only imprints continue to thrive, too. And depending who you ask, they’re arguably some of the best labels out there. Think Sex Tags Mania, Beste Modus or Tusk Wax — all innovative imprints releasing high-quality music to devoted fan bases. But when you’re on the outskirts of what feels like the most dominant movement happening in dance music, through no fault of your own, the hype can feel overwhelming. Unable to take part due to financial or other reasons, those without access can begin to feel excluded, and even looked down upon.

“The high cost of entry into doing any sort of vinyl practice, whether that be DJing or just collecting, makes it really difficult for people in tougher economic situations,” says 22-year-old Arnav Luthra. “To me, this is really upsetting, because what I really love about this scene is the inclusively of it, especially for queer people and people of colour.”

Working as a software engineer by day, the New York native and aspiring DJ says he got into techno when he was 19, and soon started DJing for his college radio station. Living in Pittsburgh at the time, he immersed himself in the scene there, regularly going to the 200-capacity club Hot Mass, a place Luthra calls “a really special spot”. Now he lives in New York City and is learning to produce, and his views on vinyl caught the attention of artists such as Red Rack’em, Ciel and Noncompliant, who responded to Luthra when he tweeted: “Why would anyone do a super-limited vinyl release with no digital, the only people who are gonna play your tracks are fuccboi DJs with more money than sense who call themselves ‘selectors’.” In explaining the tweet over Skype, Luthra says, “being very gung- ho about vinyl creates this gatekeeper attitude”. “That’s certainly correct,” says Tusk of UK- based vinyl-only imprint Tusk Wax. “There is a gatekeeper element there. Charging £10 or however many dollars that is, especially when it’s been imported, it’s a ridiculous thing, which means it’s exclusive in some degree. There are downsides to that, 100%. And I think anyone who tries to weasel out by saying vinyl labels don’t do that is missing the point.”

“I’ve always thought that rich kids are the death of culture. Even when they do good things with their money, even if the motivation behind them is altruistic, wealth makes the playing field uneven. It increases fees and costs across the board, and pushes out independents”— JOSH DOHERTY

DJ Mag investigates if vinyl-only is good for the dance music industry...

Vinyl is more popular than it’s been in years, and wax-only labels are seen as some of the best in dance music. But is our obsession with records all it’s cracked up to be — or is it just an exclusive club? We talk to DJs and label owners to find out more...

Want more opinion pieces? We ask if dance music is destroying the environment